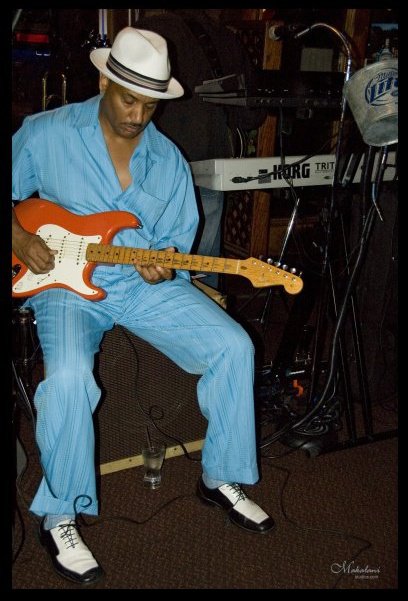 Larry Griffith has been on a musical and geographic journey southward, and his fifth album, Bonafide, is the next step. Like any good blues, it was born of some hardship. Larry recorded it while going through a breakup, and had to halt production for two months to undergo throat surgery. Though the process was trying (because it was trying), the result is an honest and vivid reflection of the road Larry has traveled and the things he’s picked up and carried with him along the way. As songs like “Had Enough,” “It Ain’t What They Call You,” and “I’m Free” attest, Larry was down but never out.

Larry has been based in Atlanta since 1990, which turned out to be an ancestral home for him. Though he didn’t know it until after she died, his mother was born and raised just 24 miles east in Conyers, GA. He also experienced a musical homecoming in Atlanta, where the thriving and multi-faceted blues scene provided the big tent under which Larry could place all the influences he had taken in and all the music he wanted to put out. Coming of age in Cincinnati’s Walnut Hill neighborhood, Larry lived just steps from King Records where he frequently saw and heard the likes of Freddie King, Bill Doggett, and James Brown. The city surrounded him with the sounds of local heroes like The Isley Brothers, The Ohio Players, and Hank Ballard’s Midnighters. Music from beyond the Ohio atmosphere was also reaching him, and he still counts Bob Dylan, John Coltrane, Jimi Hendrix, and Billy Strayhorn as some of his heaviest influences. After coming to Atlanta, he began to absorb more pure blues from household names such as Taj Mahal, but also lesser-known saints of the southern blues canon like Atlanta’s own Frank Edwards, Piedmont guitar master Cootie Stark, and Eddie Tigner of Inkspots fame. These influences and Larry’s own experiences culminate in songs and sounds that depict the view from where he sits, or as he puts it, “looking out my mind’s window.”