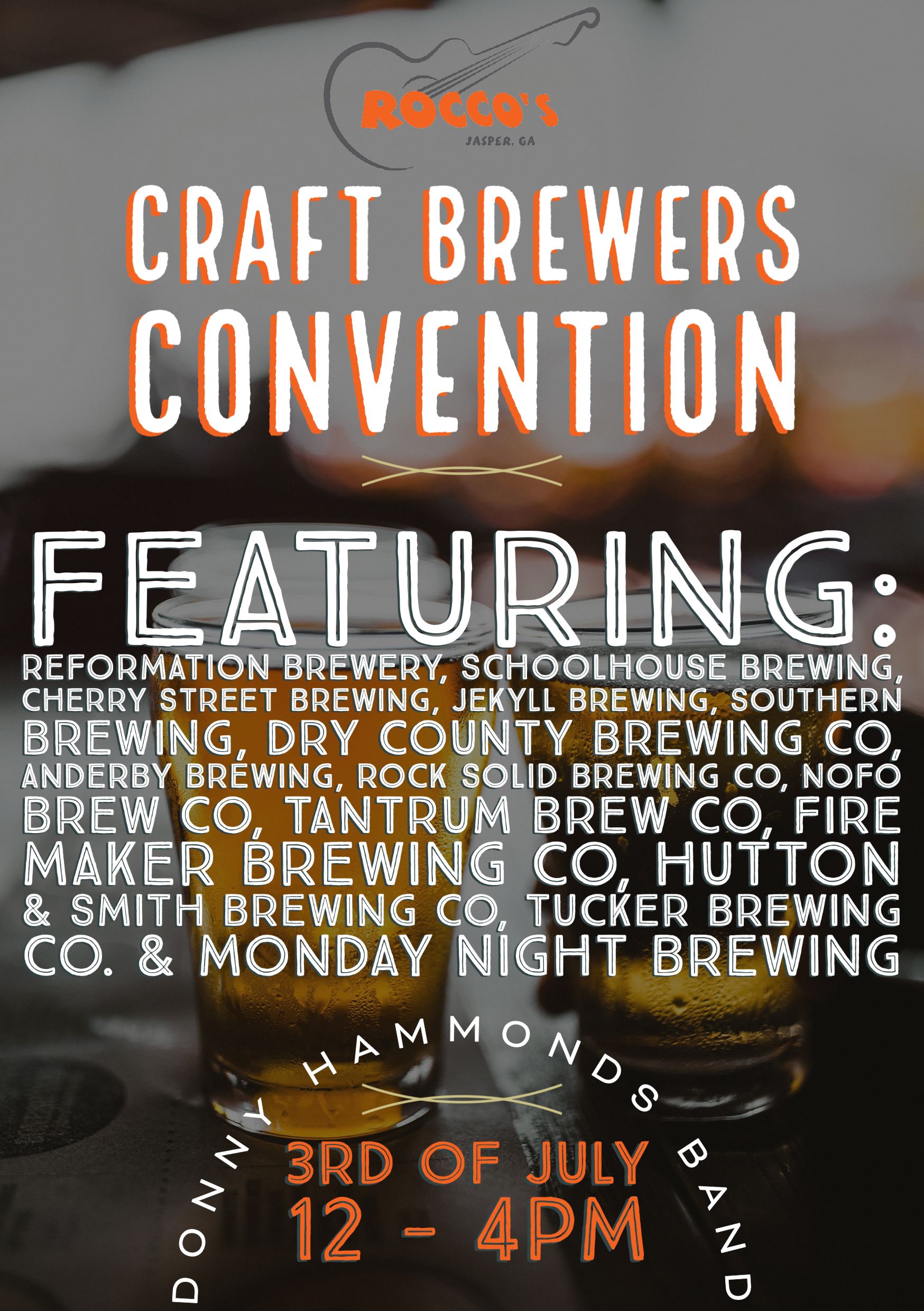 Rocco has organised a very refreshing & delicious treat for all those beer connoisseur’s, enthusiasts and hobbyists!
Courtesy of ALL your favourite local breweries!

It’s going to be a fun & hop filled afternoon featuring your FAVOURITE local craft breweries
Along with the always rockin’ ‘Donny Hammonds Band‘ to entertain ya’ll!

Each ticket includes: 4x 10-12oz beer tasting vouchers to be used at a brewery pop up tent, of your choice!
HURRY! The first 550 tickets get a limited tasting Pilsner Glass.

OK..! Fine! You won’t miss out entirely…you’ll still get a glass too, it just won’t be as cool, desirable and frankly, beer just won’t taste as good!

I haven’t even told you the best part yet! There’s NO rule saying you can’t have more beer! That’s why your main man Rocco has organised additional tasting vouchers that you can purchase at the festival.

CHECK OUT THE BREWERIES WE’VE GOT LINED UP!

(With more to be added!)